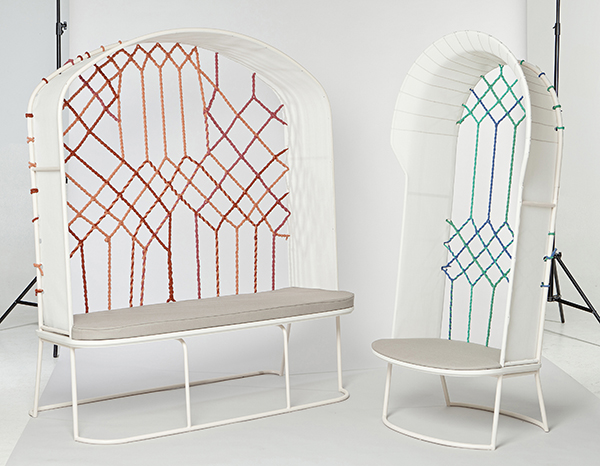 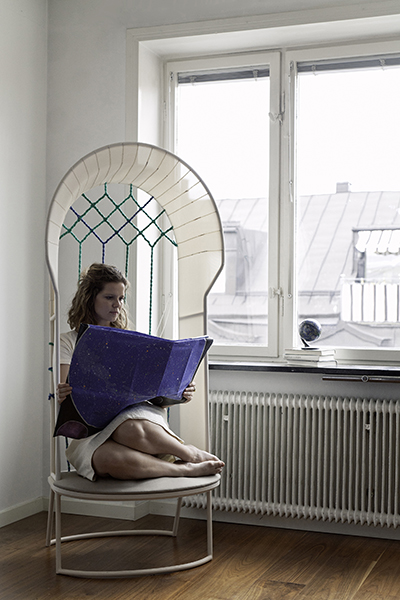 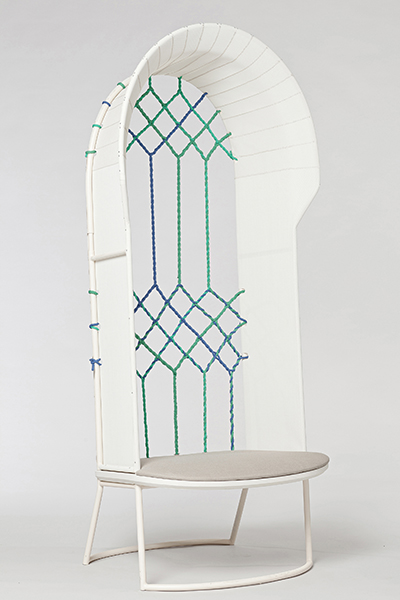 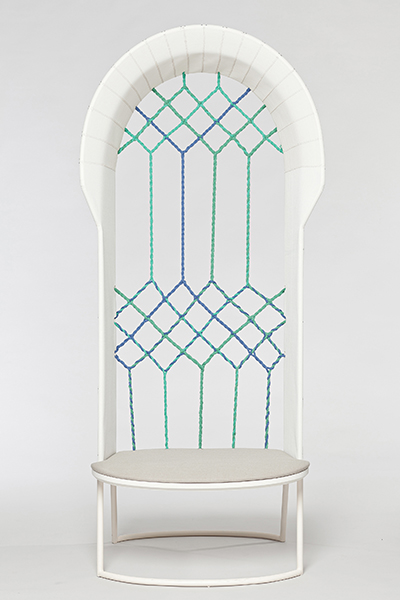 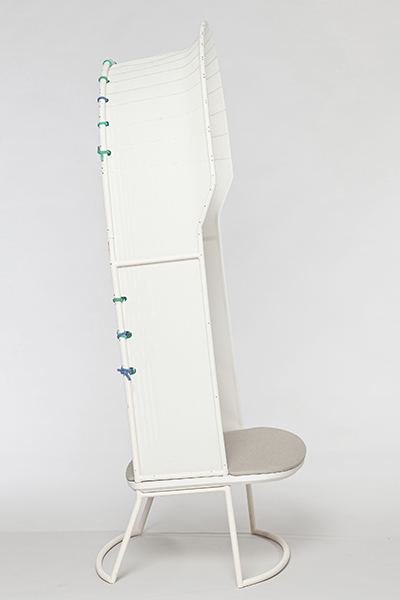 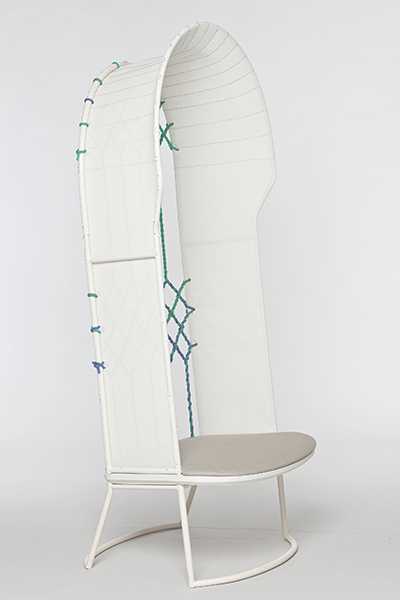 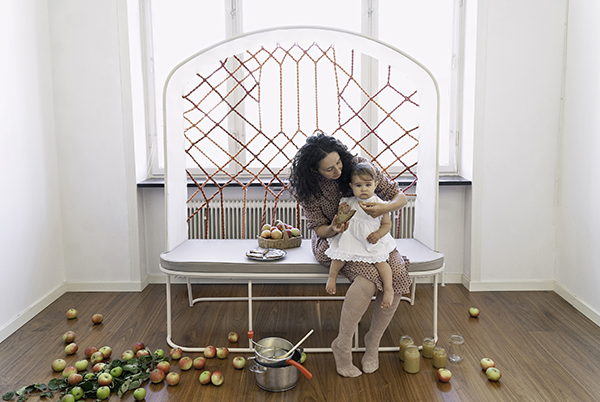 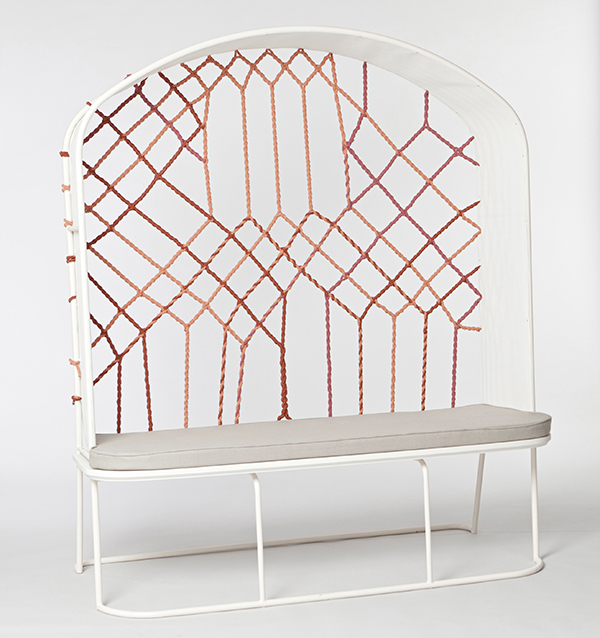 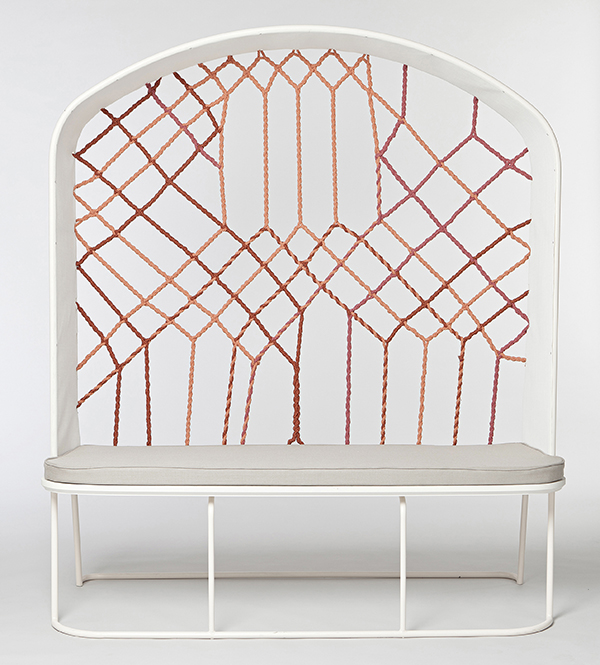 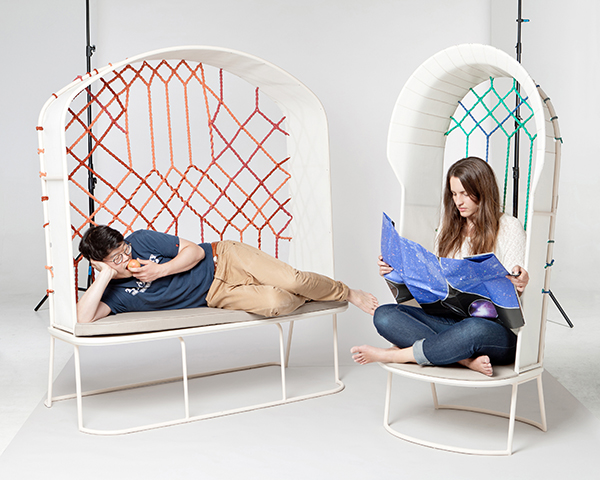 'Who among us hasn’t, at one point or another, hunkered down inside and stared out through a crystal-clear pane, letting the mind wander and daydreams flutter through and stay a while? Seoul-born, Stockholm-based designer Mars HwaSung Yoo used imagination and memories as the starting point for a new chair he was working on, which led him to the idea of ancient window forms. “They have a sense of place, invite us to sit, and play a variety of roles in their long history as architectural elements,” Yoo tells Co.Design. “After I had the concept, all parts of the window had to be redefined to support the function of a chair; it didn’t have to be an exact replica.” Instead, he focused on bringing this aged craft into the present with a handmade aesthetic.The spare steel frames are complemented by bordering on-twee patterned backings, and the geometric motifs of the colorful cotton ropes recall the look of stained glass. Yoo had no experience with weaving, so setting out to crochet the knotty bits was an exercise in experimentation and a “playful” lesson in developing his own technique. Reclining apparently has the somewhat curious effect of relaxing into a vertical hammock–Yoo says that it’s quite comfortable and, despite its delicate look, incredibly sturdy

In addition to providing a place to rest your weary legs or nestle in with a book, the significant height but see-through nature of the Window Chairs makes them ideal as a subtle room divider. Says Yoo, “It separates space but still connects it.'